A three-day event was held in Kohima at the end of November to mark both the inaugural Essay Writing competition, and the Gordon Graham Prize for Naga Literature.  Honoured guests and participants were welcomed to the Hotel Japfu in Kohima. 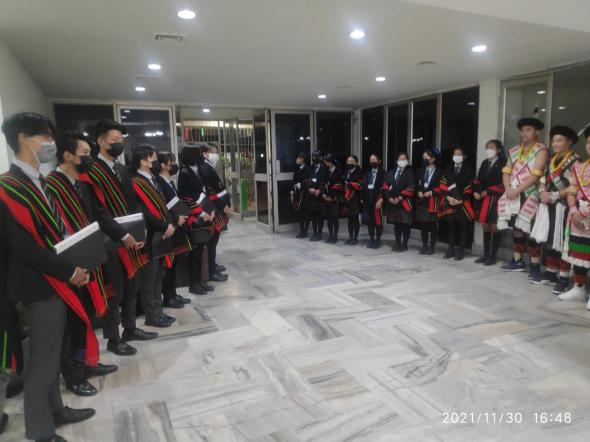 On the first day, a book fair was held in conjunction with a programme of events including speeches and book readings to mark the occasion.  A welcome speech was given by Dr P Ngully, Chairman of the Kohima Educational Society, and the proceedings were chaired by Dr Easterine Kire, celebrated Naga author and a previous winner of the GGPNL.  The guest of honour was J Alam IAS, Chief Secretary, Government of Nagaland (all pictured below). 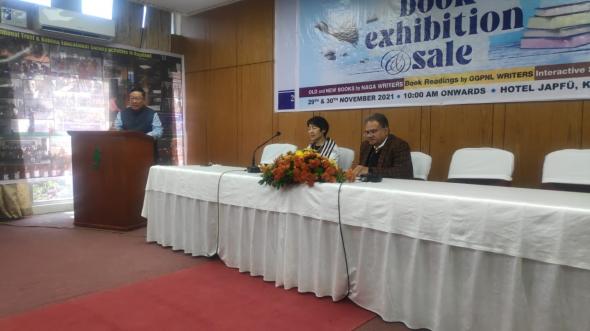 Traditionally, Nagaland is an oral society and this competition is to encourage Nagas to write their stories and that of their communities. The written word amongst Nagas was introduced in the 1880s with the arrival of the missionaries. "Morungs", the Naga village boys’ dormitory which kept the oral traditions alive with the narration of folklore and folk music, were replaced with classrooms.

Nagas learnt to read and write several generations ago, but it is only recently that the transition of a community that preserved its history through an oral tradition has begun to record the same in letters.

The Essay Writing Contest hopes to encourage this journey for Nagas to introspect and weave together the past and future in the present with words.

This year we received 72 entries across both topics: Influence of Social Media on Naga Youth and Affinity of Naga Youth with Land, Water, Forests and Wildlife. There were two age categories: under 16 years and 16 plus. 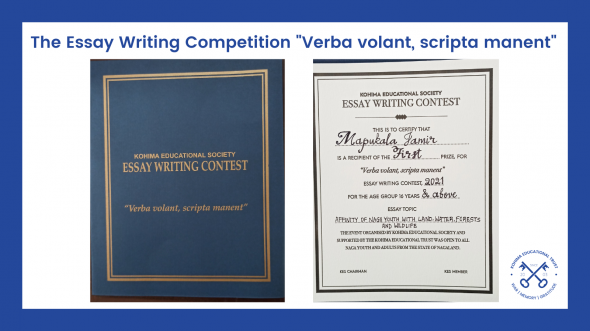 Later on in the day, the awards ceremony for the Gordon Graham Prize for Naga Literature was opened with a prayer offered by Pheluopfhelie Kesiezie (pictured below) and followed by a welcome address from Dr P Ngully, KES Chairman.  This was followed by KES President Charles Chasie who introduced the judges and explained the history of the GGPNL prize.  The aim of the prize is to promote good writing and raise the profiles of Naga authors. Each award is for a published book, both fiction and non-fiction, which recognises and rewards the knowledge-keepers and idea-givers of Naga society and to encourage reading and writing in the Naga community. It was an idea which both Gordon Graham, veteran of the battle of Kohima (1944) and Charles Chasie worked on together and was the last project Gordon worked on before his death in 2015. 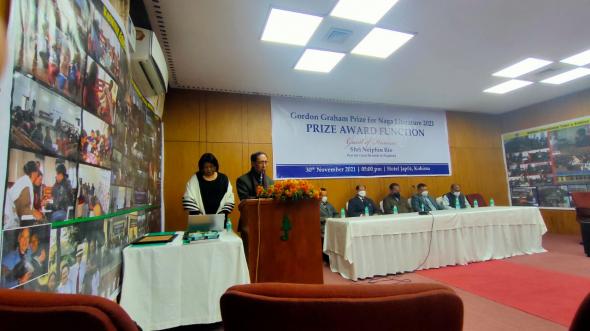 The honoured guest was the Chief Minister of Nagaland Shri Neiphiu Rio (pictured below second from left) who gave a speech and awarded the prizes. 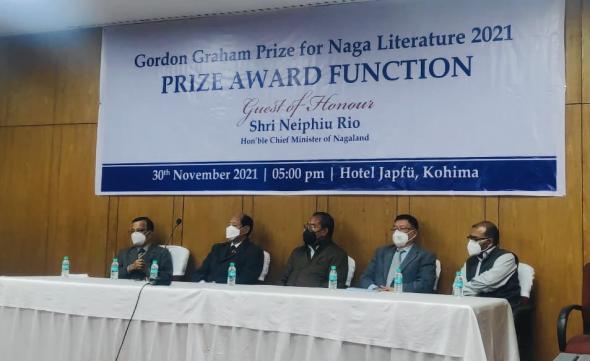 The winners were selected from a shortlist in each category of Fiction and Non-Fiction.  The Fiction winner is Veio Puo for Waiting for the Dust to Settle.  The Non-Fiction winner is Wangto Chingmak for The Chang Nagas.  Many congratulations to them both on this achievement! 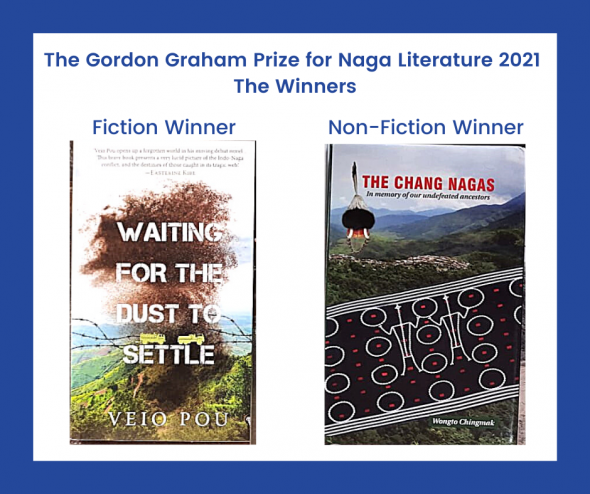 This short article from the Morung Express can be read more easily by clicking on the button below. 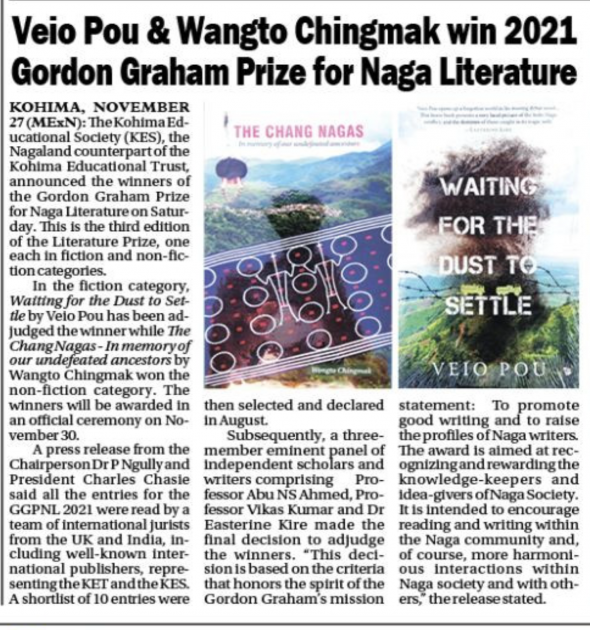