The Role of Armour in the Burma Campaign, featuring the story of Ezra Rhodes in Kohima

The Role of Armour in the Burma Campaign, featuring the story of Ezra Rhodes in Kohima 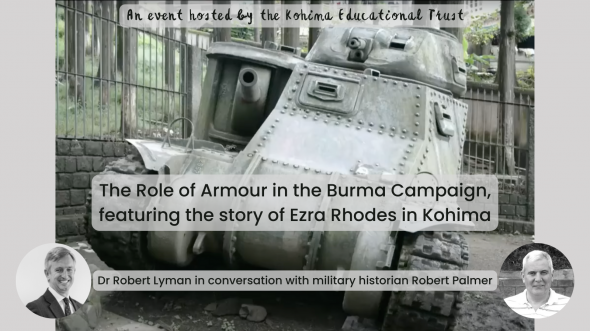 'Using tanks in Burma, no, not possible’ was the general belief early in the Second World War, however, armoured cars and tanks played an important role the Burma Campaign from early 1944 onwards.

They had also been an important factor in the ability of the British Indian Army to escape from Burma following the Japanese invasion in early 1942.

Dr Robert Lyman and military historian Robert Palmer examine the development of the use of tanks in North-East India and Burma during the Second World War, with a particular emphasis on the role they played in the Battle for Kohima under the command of Major Ezra Rhodes.

The recording is now available to view below.

The links that Robert mentioned during the presentation:

The biography of Major General GWATKIN and the lives and deaths of his two sons, Captain F.C.N. and Lieutenant A.W. GWATKIN

The history of the 50th Indian Tank Brigade 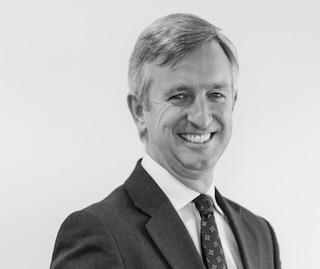 Born in New Zealand in January 1963 and educated in Australia, Robert Lyman was, for twenty years, an officer in the British Army. Educated at Scotch College, Melbourne he was commissioned into the Light Infantry from the Royal Military Academy, Sandhurst, in April 1982. In addition to a business career he is an author and military historian, publishing books in particular on the war in the Far East. He is a Fellow of the Royal Historical Society. Robert is married to Hannah, has two sons, and lives in Berkshire. For information about Robert's publications please visit his website: robertlyman.com 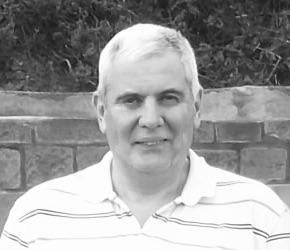 Born in Birmingham, Rob grew up in Swansea, Smethwick and Dudley in the Black Country, and finally Exeter where he completed his education. More by accident than design, he joined the Devon and Cornwall Constabulary in 1979, remaining until he retired in 2010 in the rank of Chief Inspector. Following retirement, Rob went to the University of Birmingham to read for a MA in British Second World War Studies. He graduated in 2015 with a Merit. Rob runs a website, www.BritishMilitaryHistory.co.uk which covers the Second World War. He has been fortunate to visit Kohima twice in 2010 and 2014, and also Burma in 2013. Rob has a particular interest in the British Indian Army and the campaigns in North-East India and Burma, including Kohima. 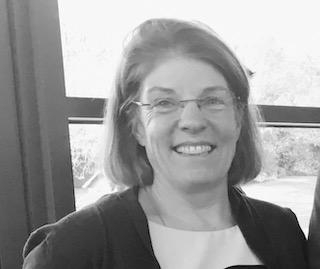 Sylvia May - CEO of The Kohima Educational Trust

Sylvia May was born in New Jersey, USA in 1957. Her parents moved to England in 1963. Educated at High Wycombe School for Girls, she decided to pursue a career in the world of books. Sylvia worked for HarperCollins for 37 years, the last eleven of which she headed up their UK-based International Sales team. Sylvia May is the daughter of the late Gordon Graham, Founder and President of the Kohima Educational Trust. She is proud that her father has inspired many people to share his vision to commemorate those who fought and died in Kohima, and the wonderful Naga people who have done so much for the British in the past. She first visited India in 1994 with her husband Robert, and has returned on numerous occasions, staying in Kohima several times. In 2000, they followed the WWII route of the Queens Own Cameron Highlanders, her father’s regiment. The regiment’s first main engagement in this theatre of war was at Zubza shortly before the Battle of Kohima.